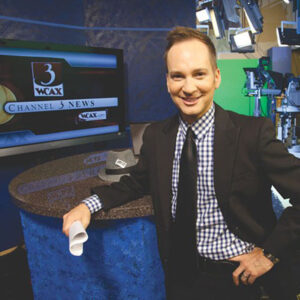 Ever since he was little, Darren Perron wanted to be a storyteller. Today, that dream has become a reality: he is an executive producer and news anchor at WCAX Channel 3 News. This Vermont native has won an Emmy Award, nine Emmy Award Nominations, 12 Associated Press Awards and 10 Edward R. Murrow Awards, and was also nominated for a GLAAD Award in 2009 for his series, “Becoming”.

In his short career, Perron has already proven himself a versatile journalist, transitioning easily between hard, investigative reports and heartwarming, in-depth interviews on a wide variety of topics. Perron has covered issues ranging from the war in Afghanistan to investigative stories about the Vermont prison system and more.