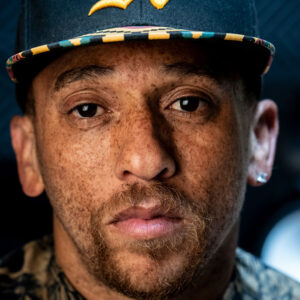 Pianist. Emcee. Producer. Bandleader. Sideman. Music historian. Kev Choice wears many hats, and all of them fit. Blessed with prodigious talent, plus the skill and dedication to his craft to pull it off, the Oakland-based artist is redefining what it means to be a musician in this day and age.

“I grew up in the Hip-Hop era,” he explains. “I had love for Hip-Hop before I even knew what classical music really was.” Hip-Hop, he says, “was always the music that helped me express myself the most,” while “Classical music gave me a broader understanding and appreciation for music beyond Hip-Hop.” Choice has composed hip-hop sonatas and recorded rhymes to classical melodies, recorded a new song per day for an online series called The Daily Dosage, and has recorded several solo projects, including The Bailout and The Inauguration mixtapes, which highlighted his lyrical skills as well as his musical talents.

Music fuels Choice’s aspirations. Like a jazzman of old, he’s known for a rigorous work ethic which places him in a constant cycle of rehearsal to show to studio. Rarely is he not involved in multiple projects concurrently – his current endeavors include a live KCE album; a studio EP of all-original material; a hip-hop opera; and independent film and TV scoring.