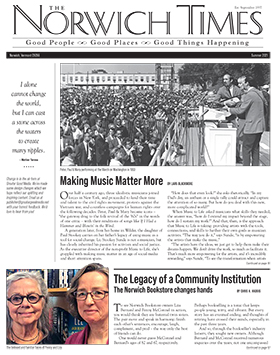 Over half a century ago, three idealistic musicians joined forces in New York, and proceeded to lend their time and talent to the civil rights movement, protests against the Vietnam war, and countless campaigns for human rights over the following decades. Peter, Paul & Mary became icons – “the gateway drug to the folk revival of the ’60s” in the words of one critic – with their renditions of songs like If I Had a Hammer and Blowin’ in the Wind.

A generation later, from her home in Wilder, the daughter of Paul Stookey carries on her father’s legacy of using music as a tool for social change. Liz Stookey Sunde is not a musician, but has clearly inherited his passion for activism and social justice. As the executive director of the non-profit Music to Life, she’s grappled with making music matter in an age of social media and short attention spans... continue>>

Continue to read the full article

More from our news feed