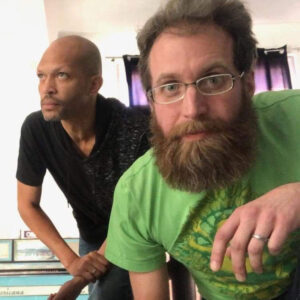 Craig Mitchell and Matt Hagen, both members of the award winning Prince Tribute band, PURPLE, started as a way to dive into Prince’s deeper catalog with some of his lesser known and more relaxed tunes, along with acoustic versions of the HITS. They, quickly, added in covers of Marvin Gaye and others into the mix, along with originals from what would become the San Mateo project, which features Matt Burr of The Nocturnals (Grace Potter).

Besides Craig’s extensive career of working with artists in various positions from Yoko Ono, The Strokes, The White Stripes and The Black Crowes to some of the world’s biggest DJ’s, rappers, along with his residencies in renowned clubs around the world, he has always kept an eye on social justice. From his initial foray into using clothing as information banners in college with STOP WEAR, to his one man show that he toured with for nearly a decade as an educational tool focused on sexual orientation, race, socio economic issues and religion to his latest effort, WINOOSKI STRONG, which raises money for BIPOC centered non-profits.

SO, whether through message driven music, using his voice as part of several boards of directors to working directly with organizations focused on changing our world for the better, Craig has, always, put his ONE LOVE philosophy up front.